Skip to content
Posted on April 9, 2017 by campos lobo

The wave of politicians who have been against the enemy of the pharmaceutical companies is historical. but the industry continues to grow stronger at the expense of public health plans and the pockets of patients themselves, when the price of medicines is only an effect of the vices generated by the same companies that produce them.

What kind of flag could’ve mustered both right-wing Donald Trump and leftist Bernie Sanders in the US? As difficult as it is to find points of convergence between these two American political figures, it’s interesting to see how coincident his speeches were about “Big Pharma” in the last US election campaign in 2016.

That is why it is clear that their arguments are widely popular. Authorities from most of the powers of the European Union, the presidents of almost all the countries of Latin America, China, India and the World Health Organization itself have exposed problems related to pharmaceutical companies in one way or another.

In the case of Europe and the USA, where support for Big Pharma has been transformed into a legal framework that protects intellectual property associated with drug creation, the main source of conflict is the availability of advanced drugs for patients who require them. The costs of drug research and development imply aggressive plans for the return of investment by pharmaceutical companies, leaving the population simply without access or with fiscal programs in an irreparable deficit. The European Community has consistently sought solutions to this issue, especially in drugs targeting “rare” diseases (orphan drugs).

In China, Southeast Asia and Latin America, drug manufacturers do not have the same support as in Europe and the US. Moreover, India has taken the lead as a country that devotes most of its efforts to producing generic medicines. China has fostered its own drug manufacturing industry, including on some scale research and development as part of its strategy (although now with its free trade orientation it is shaking hands with large laboratories). In both countries, the protection of intellectual property in drugs, the main asset of large laboratories, is relaxed, and the availability of a basic array of drugs on the largest possible scale is the priority.

In all these cases, in the West or the East, the most obvious scourge for patients who demand drugs is the same: the price. The costly process of creating a drug entails unattractive utilities in the West and low penetration in poorly protected markets in the East, which means that medicines prices keep soaring.

The Trap Of Prices

So we have a scenario with such cross-cutting concerns that it continues to be fertile material for the most populist politicians, ready to assail vehemently against an adversary whom public opinion sees as a common enemy.

Donald Trump posed at the end of March 2017 in a speech in Kentucky that “The cost of medicine in this country is outrageous, many times higher than in some countries in Europe and elsewhere. Why?“

The question does make sense. According to a study by the International Federation of Health Plans in 2015 , the US has prices on average 213% higher than in the European Community in 7 representative medicines and when compared to Canada, there’re prices 8 times higher. “Why?” Asks Trump, questioning the reason in the price difference imposed by the same pharmaceutical for the same drugs. The most direct answer possible is “because they can”.

In the US, as in many countries in Latin America and Africa, price regulations for medicines are given by the market. What makes this serious, is that the competition is almost inexistent, due to countless bad practices of Big Pharma to wane, when not to end, the smaller companies.

So we come to the real Big Pharma problem. 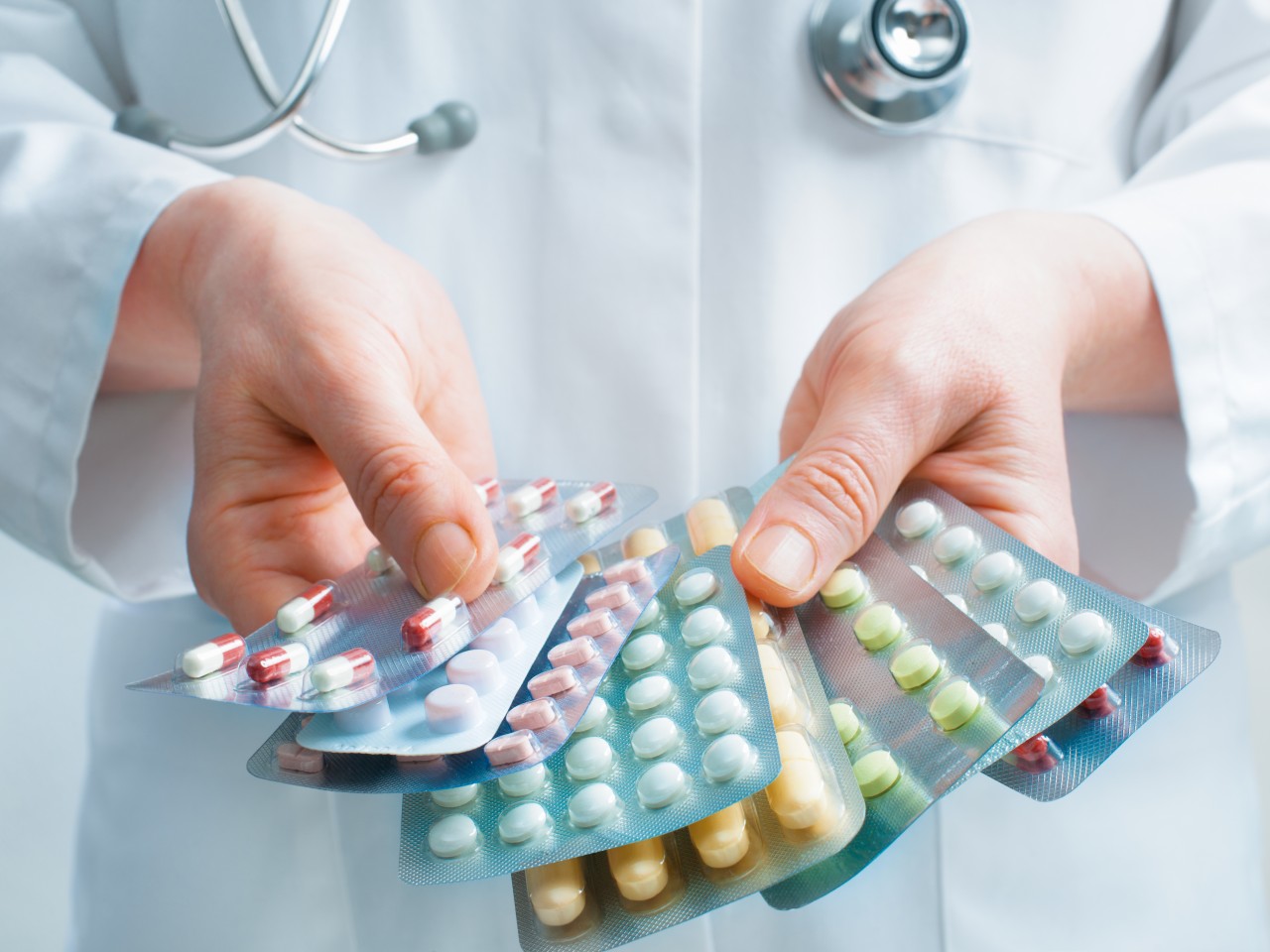 While it is easy to take the price of drugs as the banner of war for politicians as diverse as Donald Trump in the US, Shinzo Abe in Japan, Mauricio Macri in Argentina, Vladimir Putin in Russia, and a big etcetera, the truth is that the problem of prices is only an effect of the real problem and it’s used as bait easy to catch favorable results in the polls.

The big elephant in the room of the pharmaceutical companies is the constant bad practices they incur. One can argue that the problem is not the industry, because seldom self-regulation is the answer, but the system and the governments that should control it, but the truth is that the issue of bad practices is a shared responsibility.

First, It’s the huge spending on lobby by the industry, with about US$250 million in the US alone and only in “direct” actions during 2016. Because apart from the regulated lobby, corporations are responsible for financing enough electoral campaigns to secure votes in Congress. Another type of influence is the placement of important investors or shareholders of the industry in positions of power. For example, in the case of the US again, these days Scott Gottlieb is proposed to lead the FDA when his ties with drug companies and distributors have been an important factor in the personal wealth he reports.

The influences on the market do not end there, as one of the most profitable businesses in the industry is the representation of direct prescription drugs by doctors. This topic alone proposes a serious discussion about the society that is being molded by doctors who exaggerate drug treatments and an open practice of influence peddling, with specialists who receive money, goods, travels and endless benefits from their pharmacological patrons.

Another bad practice is what we could call “being as monopolistic as possible”. Of course, in the vast majority of developed and developing countries there are anti-monopoly regulations, but large companies are responsible for making competition as small as possible. The main enemy is presented by generic drugs manufacturers. We can summarize this monopolistic practices in these groups:

A Diagnosis For The Industry

Considering the bad practices exposed, it is possible to notice that this type of corporate behavior probably transcends the pharmaceutical companies and is a common evil of different industries. However, this is precisely the point that should generate the most concern.

The business of drug companies is the health, well-being and quality of life for people, but it has become the business of financial instruments and investments in patentable assets.

At this point, the worst of the bad practices that we can associate with Big Pharma is the low social insertion they have, indolent to the social security requirements and general welfare of the communities where they should be inserted. When the important thing of the business is not the user of the medicines, but the patent and the rights that can be charged, then they incur in vices that not only prevent a better quality of life in patients, but also directly deteriorate it.

Recently the invention of an Indian startup has appeared in the media: a male contraceptive method, which with a shot of $10 in cost, is able to prevent pregnancies offering the same effectiveness of a condom for a period of up to 10 years and it’s also a reversible treatment. Risug, as the product is called for Reversible Inhibition of Sperm Under Guidance, is in its last stage before its approval with astounding results, but it has not reached an agreement with any pharmaceutical company to be distributed. The response to its creator, Sujoy Guha, a 76-year-old biomedical engineer, is that there is no male market willing to perform the procedure. Of course, such a statement is absolutely arbitrary. The truth is that a product like this would improve the quality of life of hundreds of millions of people, men and especially women condemned to the pill and its side effects during much of their fertile life, not counting the reduction in the costs of the public health system. But here lies the conflict. What do big companies earn by replacing the recurring incomes from the sale of condoms and birth control pills with a procedure once every 10 years?

Examples of the dissociation of pharmacological companies with society, governments and the community, are varied. The Thalidomide scandal between the ’50s and the’ 70s, a drug from the German company Chemie Grünenthal used as a tranquilizer that generated thousands of cases of congenital malformations and deaths, led to better regulation of the drug market, in the absence of sufficient proof of safety and quality from the manufacturers themselves.

Currently, pharmacists are allocating important budgets to prevent the legalization of marijuana, mainly through conservative groups, since the plant, when used medicinally, acts as a more effective, safe and less expensive remedy for various ailments. The painkillers business is one of the most valuable for major corporations and is known for its overwhelming record of addiction and overdose deaths that it leaves as a side effect. Big Pharma not only fights the insertion of marijuana, but also destines millions of dollars in advertising their opioids and other painkillers. 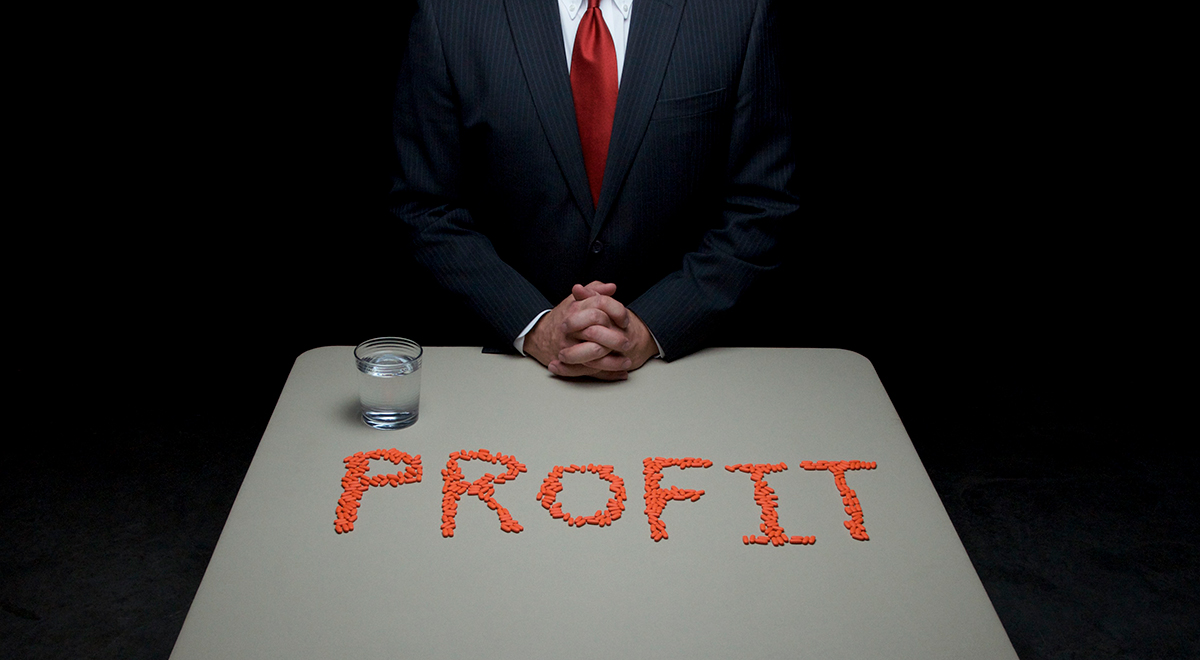 A Prescription For Leaders

These stories and several others show that pharmaceutical companies are not inserted into our society, but they are as alien to common citizens as the stock market or the London Metal Exchange. It is not to ignore the great work and deployment done in research and development, but the goal of this industry, like all those in the health sector, should be precisely health, well-being, and quality of life. Far from that, they only care about the same concern of all corporations: to increase their profit margins and pass their costs as much as possible to the “market”, assuring their influence on legislators and regulators, and creating pseudo-monopolistic conglomerates to be able to establish the rules and prices.

The slogans of the political campaigns will seek to reduce everything to the problem of drug prices, but opportunities like Risug, the indolence at the over-medication in which our societies are falling and the inability to value people as individuals and not as consumers, should invite us to reflect on how we integrate biomedical research and development activities with a sustainable offer for governments and with the focus where it really belongs: the community.

For this, perhaps the US president, and all other world leaders, should not just ask pharmaceutical companies “why the high prices?”, but maybe they should address the bigger issue and ask why the low social involvement.